The brave soldiers of Central Armed Police Forces (CAPF) fight a daily battle to safeguard India’s external and internal security. Protecting the hostile boarders in the west with Pakistan and in the north and east with China; and facing the threats generated by the militants in Jammu and Kashmir, insurgency in the north-east; and Maoist extremists in central and east India, to keep us safe. One soldier loses his/her life every third day and one is permanently incapacitated.
Bharat Ke Veer mobile app is an initiative for the citizens to pay homage to the bravehearts in Central Armed Police Forces who laid down their lives in the line of duty. Using this app, individuals can contribute directly into the bank accounts of the braveheart’s kin, or to the “Bharat Ke Veer” corpus.
To ensure maximum coverage, a cap of 15 lakhs is envisaged per braveheart and the donor would be alerted if the amount exceeds Rs 15 lakhs, so that they can choose to either decrease their contribution or divert part of the donation to another braveheart’s account, or to the “Bharat Ke Veer” corpus.
“Bharat Ke Veer” corpus would be managed by a committee made up of eminent persons of repute and senior government officials, in equal number, who would decide to disburse the fund equitably to the braveheart’s family on need basis. There is no limit to contribution to “Bharat Ke Veer” corpus.
Payments through this app is powered by State Bank of India
The CAPFs under the Ministry of Home Affairs, Govt. of India, comprise of the following forces :
1. Assam Rifles (AR) engaged in border guarding along Indo-Myanmar border, as well as in counter insurgency operations in the North East.

8. Sashastra Seema Bal (SSB) with the motto of “Service Security Brotherhood” is primarily mandated to guard India’s borders with Nepal and Bhutan. The force is also performing internal security duties and is deployed to deal with LWE / Counter-insurgency in many states. 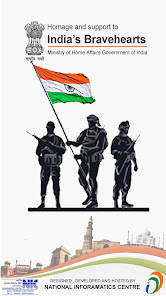 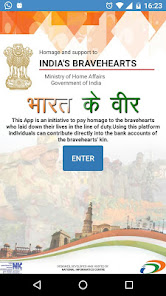 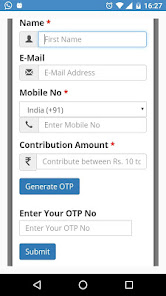 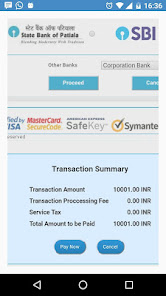