Package Delivery 3D is a food delivery shipper simulation game. Players will control the character driving on a motorbike to go in an area according to a predetermined route. The task is to receive food and deliver it to a designated location to receive money, then use the money to decorate a restaurant. On the way, the character needs to avoid colliding with pedestrians and other vehicles so as not to lose life or money.

How to Play
🛵Touching and holding the screen makes the car move. The vehicle moves on a specified route
🛵When the player takes his hand off the screen, the motorbike will stop moving
🛵Players only need to manipulate the character to go or stop, turn or turn depending on the designated route
🛵Vehicles will automatically receive and deliver food when passing the designated points and collect money
🛵If the player crosses the car in a very small distance, he will get a speed boost, ride on 1 wheel, get an extra amount of money and have a nice effect on him for a short period of time.
🛵The money earned by the character in the level will be accumulated. Increases when successfully delivering food, completing a front-end, but will decrease when hitting objects
🛵To end of the level, the character will enter a building and use the money to decorate the restaurant rooms automatically.
🛵The leveling part will start when the character driving the car crosses the finish line. Through this line, everything will happen automatically without the player continuing to manipulate
🛵The decoration of the restaurant will take place according to the process, when you have enough money, decorate it
🛵On the road surface, there will be lines showing the route to move and arrows indicating the direction for players to know the way to go.
🛵In case a player loses:
✔ Each player will have a total of 2 plays
✔ If the player crashes into moving obstacles on the highway/environment-related objects such as abyss or lake, … (other vehicles), he will fall, counted as 1 loss. turn, lose all the food in the car, and respawn right before the crash
✔ Losing 2 turns, the player has 1 chance to respawn to continue playing or choose to play again from the beginning
✔ If the player crashes into small obstacles, crossing the road without strong impact, the car will run straight through, the object will be crashed but the player will be deducted money
✔ When the food that the character receives but has not yet been delivered, will be stacked according to the picture, the food will not be left in the box, but left open and overlapped. Similar to the lineup in the picture below
🛵When will the game win
✔ The player is counted as winning when completing the decoration at the end of the game
✔ Immediately after that, if you exit the game, it will still be counted as winning the last level, starting from the next level (plus money)

👉Why should you play this game?
💁Cute, easy-to-see graphics create excitement for the game
💁Engaging levels that challenge the player’s ingenuity
💁Lots of unique playable maps
💁Simple gameplay, beautiful 3D interface to help you relieve stress and entertain after a long day of work or study

Customers are waiting for you to deliver, use your skills to fulfill orders and build your own restaurant. Hope you will enjoy this game! We would greatly appreciate it if you have any suggestions for us to improve this game. Your kind words encourage us a lot. Thank you. Have a nice day ❤️ 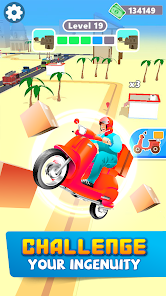 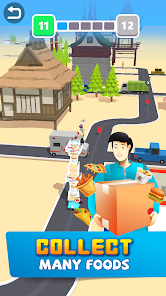 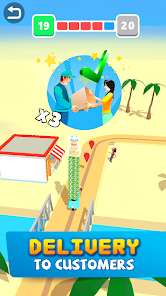 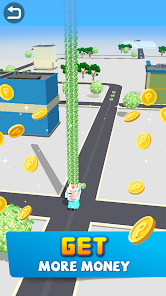 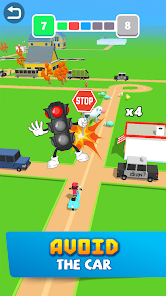 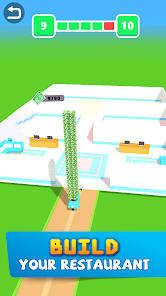 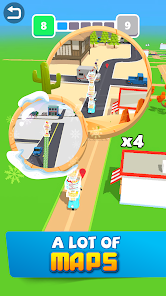 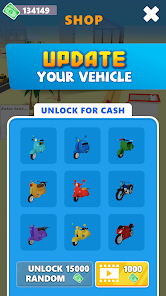 Save the puppy: Pet dog rescue

Hyper Demolish it All!